Eat and Drink in Marseille

Marseille’s signature dish is the overwhelming bouillabaisse fish stew. It should be tackled at least once – but only if you really, really like fish and are equipped with a stout constitution. Avoid cheap versions. Anything under €30 counts as cheap. Other local dishes are of a similarly sustaining nature: daube, a beef stew in wine; and le grand aioli, which is warm cod flanked by a full floor show of vegetables, shellfish and, of course, garlic mayonnaise.

Being a port city, there is also plenty of foreign influence. Look out for fine food from the Mahgreb, Africa, the Near and Far East and, naturally, from Italy just along the coast. While pretty good at cheeses – notably Banon – Provence is weak on desserts. The navette, Marseille’s traditional sweetmeat, is about as boring as a biscuit can be.

Marseille, where a good meal once meant pizza, bouillabaisse or fish, is suddenly coming on strong as one of the more interesting food cities in France. It is a trend mirrored in the new MuCEM (Musée des civilisations de l'Europe et de la Méditerranée), designed by architect Rudy Ricciotti at the entrance to Le Vieux Port. The museum opened to coincide with Marseille's reign as one of this year's European capitals of culture, and its mission is described in its name: to highlight the city's real identity. Of course Marseille is French, but it's also a simmering cauldron of peoples and cuisines from all around the Mediterranean.

Overlooking the Vallon des Auffes, this landmark spot does bouillabaisse as it’s meant to be done. It’s not cheap, but you get the full monty – stock served first as soup, then the five-fish stew with all the palaver. The family-run restaurant, opened in 1952, has also had time to perfect other fish dishes and southern specialities.
Read More

These are bright, city-centre surroundings for one of Marseille’s brightest young talents. Now in his 30s, Sylvain Robert has an enviable reputation for his contemporary take on Mediterranean cooking. Try the squid ravioli with tomato, chard and tapenade.
Read More 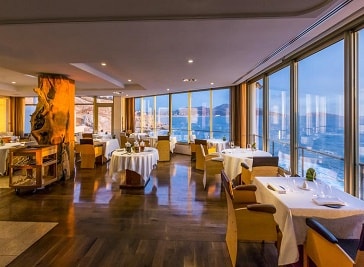 Undoubtedly the finest, most inventive table in Marseille, whence its three Michelin stars and throat-grabbing prices. On the hotel’s ground level, the restaurant looks directly on to the briny – a serene setting for Gérald Passédat’s imagination and technical mastery. He uses fish which no one else has heard of in dishes which no one else could conceive. He’s apparently not a modest man.
Read More